What ever happened to Clippy?

What ever happened to Clippy?

Clippy is alive and well in the Wellington Botanic Gardens. 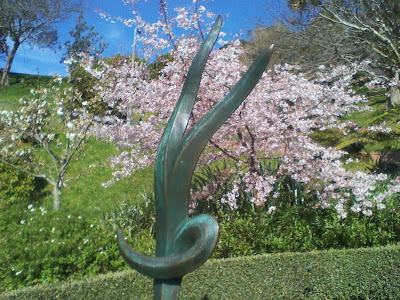 The NZ ETS Review 2011: Clear signals for business as usual

The review panel chaired by former Rogernome David Caygill gave their report to Smith on 30 June 2011. Two and half months later and one week into the Rugby World Cup, Smith has let the report out into the world.

From the title of his press release, Slowing of ETS recommended by Review Panel, I think Smith is pretty happy with the report. It also uses some of Smith's favourite phrases; such as "Doing our fair share" and balancing environmental and economic concerns.

"The Panel acknowledges there needs to be an appropriate balance between managing these short-term costs and providing a clear long-term direction. Given the current international uncertainty and the challenging state of the economy, this means there should be measures in place which ensure the increase in the costs of the ETS occurs at an appropriate pace."

If you don't want to scroll through another 98 pages of blue-green flannel just like that, the best short sweet on-line summary to read is this Reuters factbox.

For me, these recommendations are the guts of the ETS Review report (as numbered in that report).

Agriculture's planned 2015 entry to the NZ ETS should not be delayed (4.1). At least they didn't cave in to Federated Farmers. But there is a big but to this.

The important issue of the lack of a real cap on emissions is just kicked for touch and left for future reviews (3.15)

The issue of high volumes of subsidised allocation of free emissions units to industry is just kicked for touch (3.9).

Remember that the NZ ETS includes a $25 fixed price option for buying emissions units until 2012? This is limited to energy, transport and industry. This option would have acted as a maximum limit on unit prices, except for the fact that NZU prices were never more than $25 in 2010.

Remember Nick Smith's two for one deal for 2010 to 2012? Where emitters can can emit two tonnes of greenhouse gases and surrender one emission unit? In other words it halved the emitters obligations to surrender units. The report recommends extending this to out to 2015. So 2013 would be the "three for two" deal, 2014 would be the "five for four" deal, before finally going to one tonne to one unit deal in 2015. So in carbon pricing we look to simplistic sales slogans. Only in New Zealand.

And I said there was a 'but' for agriculture. On entry in 2015, the report recommends that agriculture should be eligible for the two for one deal until 2016. Then three for two deal, the five for four deal, before finally going to one tonne to one unit in 2019. Oh I forgot to mention that from 2019 there would still be 90% allocation of free units declining at a linear rate of 1.3% each year.

I must admit I am completely underwhelmed by the report, its analysis and it's recommendations. I didn't think it was possible to further dilute the carbon price signal in the NZ ETS with more exemptions. I didn't think it was possible to make the NZ ETS sound even more like a bad used car parts advertisement. But I am wrong on both counts.
Posted by Robin Johnson's Economics Web Page at 12:05 AM No comments: