Tom exclaimed to me the other day "Solar electricity generation has really taken off in Germany!"

I thought I would obtain the data from the US EIA international web page and see for myself. 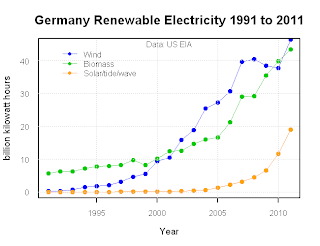 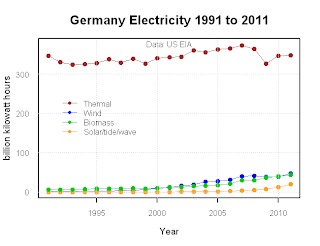 But, Germany's thermal generation (meaning fossil fuels, coal, gas and oil) has been consistently over 300 billion kilowatt hours for the lat 30 years. There was a slight dip in 2008 and 2009, which I would say reflects the Eurozone debt crisis rather than the European Emissions Trading Schme. Then an increase in 2010. 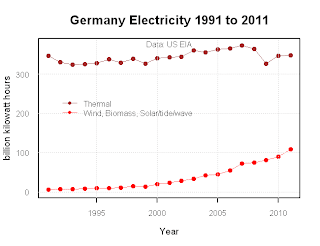 So Germany's thermal generation (read "coal") still dwarves (or is that "dwarfs"?) the renewables. 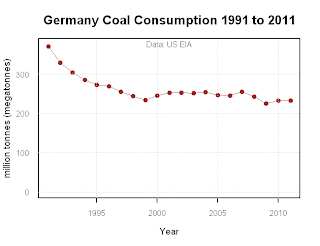